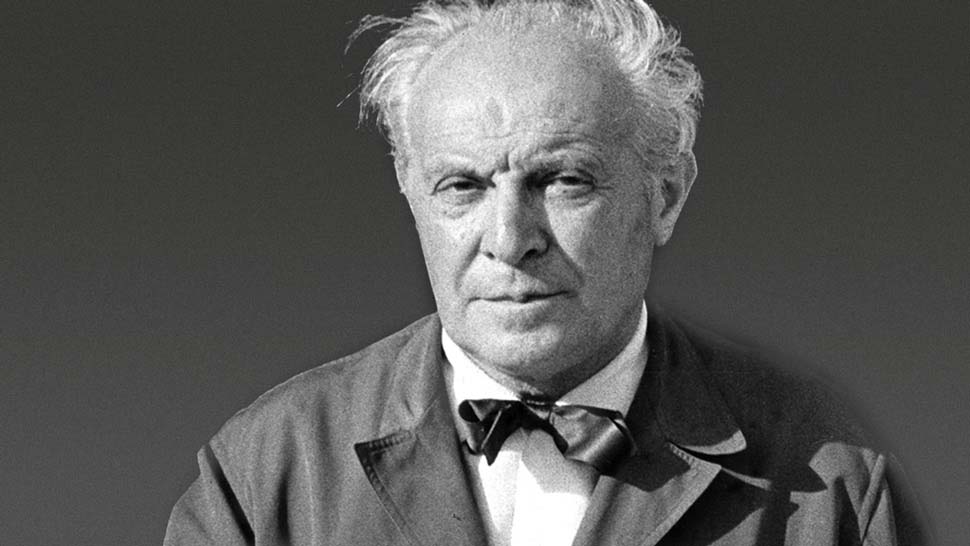 Gio (Giovanni) Ponti was born in Milan in 1891, and graduated in architecture at the Milan Polytechnic in 1921, after having interrupted his studies following his participation in the First World War. Initially he opened the studio together with the architect Emilio Lancia (1926-1933), and then moved on to collaborate with the engineers Gioacchino Luigi Mellucci (1927), Antonio Fornaroli and Eugenio Soncini (1933-1945). In 1923 he participated in the 1st Biennial of Decorative Arts held at the ISIA in Monza and was subsequently involved in the organization of the various Triennials, both in Monza and in Milan.

In the 1920s, he began his career as a designer in the ceramic industry at Richard Ginori, and overall re-elaborated the company’s industrial design strategy; with ceramics he won the „Grand Prix“ at the Paris Exposition of 1925. In recent years his production is more based on classical themes and is close to the Novecento movement, which contrasts with the rationalism of Group 7. In the same years he begins also his publishing activity: in 1928 he founded the magazine Domus, a publication that he would never abandon, except in the period 1941-1948 (in which he directed the magazine Stile). Domus together with Casabella, will represent the center of the cultural debate of Italian architecture and design of the second half of the twentieth century.

Ponti’s activity in the thirties extended: he organized the V Triennale di Milano in 1933, designed the sets and costumes for the Teatro alla Scala, and participated in the ADI Industrial Design association, being among the supporters of the award “ compass of gold ”promoted by the La Rinascente warehouses. Among other things, he received numerous national and international awards and so in 1936, when his professionalism was established, he became a tenured professor at the Faculty of Architecture of the Milan Polytechnic, a chair he would hold until 1961.

In 1951, he joined the studio together with Fornaroli, the architect Alberto Rosselli and in the meantime both the design and the architecture of Ponti became more innovative in these years, abandoning the frequent links to the neoclassical past. This is where the period of most intense and fruitful activity in both architecture and design begins. In the 1950s, some of his most important works will be created. The construction, in Forlì, on behalf of Aldo Garzanti, of the complex, designed in 1953 and completed in 1957, which includes both the Hotel della Città et de la Ville and the Livio and Maria Garzanti Foundation Study Center, belongs to this period. The building stands out for its inverted slopes, hexagonal windows, open spaces and the breath between the bodies.

During the 70’s, Gio Ponti designed for Reggiani a series of floor lamps with a steel and anodised aluminum structure.