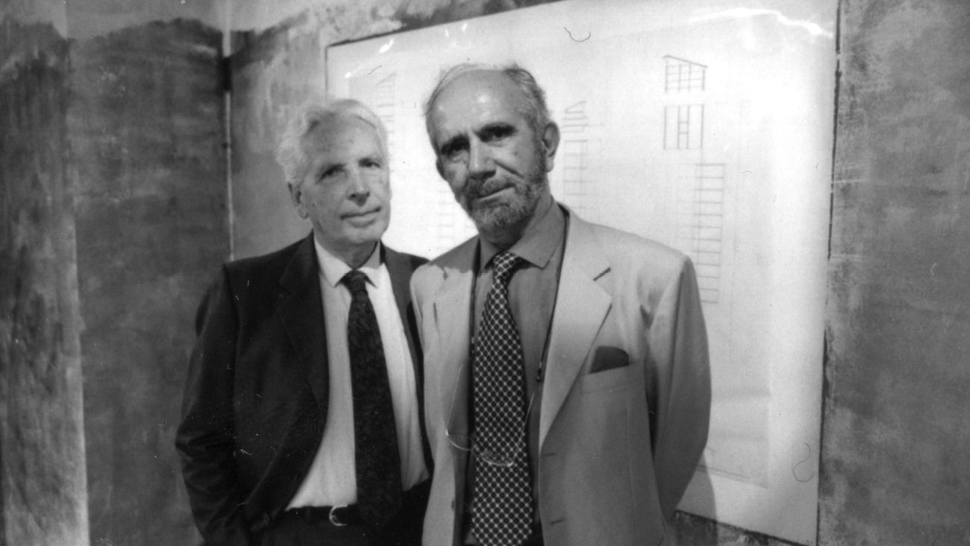 The activity of the design studio of Roberto Gabetti (1925 – 2000)  and Aimaro Oreglia d’Isola (1928) – both Professors at the Faculty of Architecture of the Turin Polytechnic – began in the fifties of the twentieth century. Their first, promising project together has been the Borsa Valori in Torino – Turin stock exchange, created in collaboration with Giorgio and Giuseppe Raineri in 1953: it represents the first evidence of the design and fitting out of every single part of the building, including furniture and fixed furnishings.

However, the two architects are universally known for a slightly later work: the Workshop of Erasmo (1953-57). It marks the beginning of Neo-liberty which for many means overcoming the tradition of the Modern Movement. In fact, instead of opposing each other, the building tries to dialogue with the pre-existing structures and the context.

Together with Reggiani, Gabetti & Isola designed the lighting fixture Lingotta – especially made for the refurbishment of the Lingotto building in Turin, home of FIAT automotive production and offices. Through some initial sketches, many tests and analyses, the lighting fixture took shape and Lingotta became a distinctive feature of the interiors of the restored Palazzina. Lingotta has been developed strictly following the ideal parameters in terms of standards, comfort and energy saving.